We stand with safety: why new HGV training laws are putting licences before lives 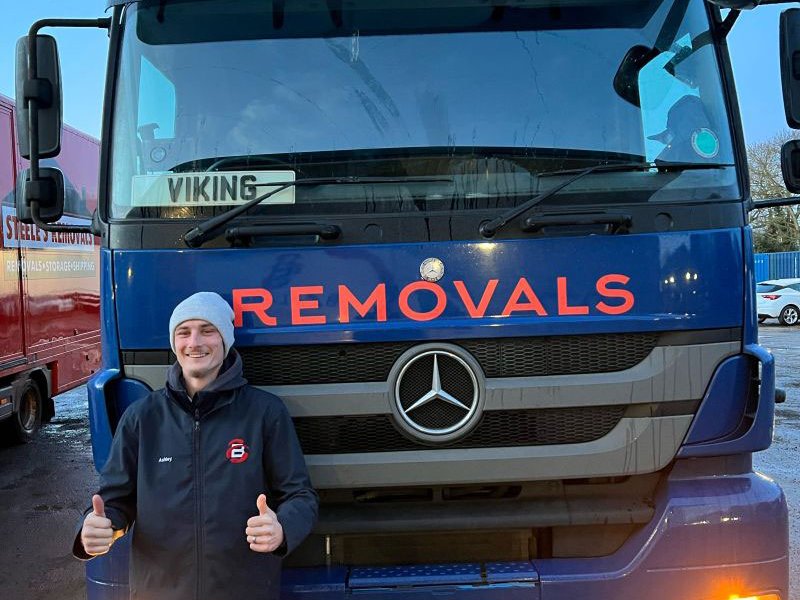 When it comes to moving you from A to B, it goes without saying that we handle your belongings with care and caution – but what about navigating other dangers, such as the nation’s roads?

We’re a tried and tested family-run removals company with 44 years of experience under our belt, so we know that a big part of the job is being responsible and not reactive on the roads – this is especially important when carrying a heavy load, packed with valuable belongings. If an inexperienced driver makes a mistake handling a trailer, it’s not just a huge setback to a family looking to relocate – it’s potentially a danger to life and other road users.

With a growing fleet of 55 vehicles, we take the time to carefully and cautiously upskill our drivers – so every mile on the odometer doesn’t just measure distance; it gauges the growing skill of our team as they learn through practical experience.

It’s for this very reason that Ballards is taking a stand against what we think are dangerous new HGV training laws that could endanger lives. What are the updated rules? Let’s recap.

In November 2021, HGV licensing rules were changed to allow learners to qualify for driving an articulated lorry (category CE) without having to first learn to drive a rigid lorry (category C). This might sound like a small change of just one letter – but that’s the difference between driving around 3.5 tonnes and up to 32 tonnes.

The changes were originally intended to speed up the licensing process to help overcome a nationwide shortage of drivers, but that doesn’t seem to have worked.

In fact, there are still 57,000 vacancies in the transport and haulage sector, which is 128% more than a year ago – that’s according to figures from the Office for National Statistics.

Train to the top

With our fleet of 55 vehicles including rigid and articulated HGVs, Ballards Removals currently has a number of drivers going through HGV driver training – and we have no plans to take advantage of the new licensing rules. Why’s that?

Speaking about the diluted new rules, our Managing Director, Matthew Ballard said: “It sets a dangerous precedent, if you ask me.

“I can understand why the Government implemented the new rules, as the logistics business has certainly felt the strain of Brexit and the Covid-19 pandemic over the last two years, but this is just compounding the issue.

“Even the most experienced HGV driver will tell you that driving an articulated lorry is extremely tough, and I have real concerns over how safe a newly qualified driver can possibly be if they’re driving an articulated lorry, before they’ve learned how to drive a rigid HGV and they’re still new to professional driving. It’s just too risky and I’m not comfortable allowing drivers to skip a step in their natural career progression – especially one that could endanger lives.”

“We’re a firm believer in training staff all the way to the top, but this can’t be done by cutting corners. We’ve implemented a clear policy that no driver can progress to secure CE status without first having a minimum of one full year’s experience on the roads with their C licence under their belt.

“Addressing the driver shortage is important, but this is best done by attracting qualified drivers back into the profession through better pay and working conditions, rather than risking everyone’s safety. For us, what’s these new changes and the ones they’re proposing are unworkable and they won’t solve the issues the industry is facing as a while”

The drive to go further

In much the same way you wouldn’t force someone who’s still learning to swim to cross the English channel, we don’t believe that someone without experience driving a smaller vehicle should be able to instantly progress to driving a much larger and heavier vehicle that’s more difficult to navigate.

We currently have four drivers undergoing training to upskill themselves and learn how to operate larger vehicles  – and we do this by ensuring that they have a minimum of one year’s experience driving a CE status lorry before we consider putting them forward to progress to achieve their C licence.

Ash Mableson is one of our hardworking drivers who is passionate about progression and building his skills – safely. He’s recently passed his test to acquire an LGV licence (category CE), which means he’s now qualified to operate a lorry over 7.5 tonnes. He said:

“I was initially a little apprehensive of the size of the truck but am now really enjoying it. Matt and the team at Ballards really put the time and the effort into training us all up to make sure we’re not only knowledgeable but also wise enough to know how to leverage that experience while we’re out on the roads.”

If you see one of our vans on the road, you can be sure that there’s an experienced, highly skilled driver behind the wheel. This means that you, them and everyone else on the road has that extra level of safety and out clients know the items they’re moving are as safe as possible.

We firmly believe that safety is paramount, so while our nation is certainly experiencing a shortage of drivers, upskilling workers who aren’t ready is no way to solve the problem – that’s something that can only be fixed by hiring qualified staff with proven practical experience. Because, simply put, there’s no fast-track for life experience.

If you or someone you know is a qualified driver with either a C or CE licence looking to join a thriving family business, get in touch today.